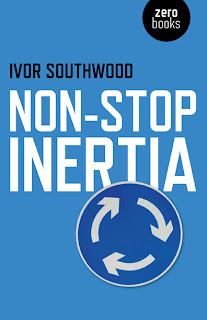 My book is out on 25th March, which is just as well as I can barely string a sentence together on here these days. It is a versatile text which can be used as a motivational performance-enhancing handbook, as light reading between job applications, or as fuel for a makeshift protest bonfire. The blurb is here. Many thanks to Angela at s0metim3s for the endorsement, and thanks also to those who have trailed the book on their much-more-widely-read blogs and Twitters.

The book is on sale through the usual virtual outlets. It will also be available, along with other Zero titles, in Brighton's lovely Cowley Club Bookshop, and possibly at other places too, to be confirmed. If you buy it, I hope you'll like it.
at 14:53 5 comments:

So, having tripped over precarity at the start of my nerve-jangling journey into understanding the experience of temporary work and 'jobseeking', I seem to have stumbled upon autonomy on the way out.
There are some interesting parallels between the themes covered in my book and those in Bifo Berardi's The Soul at Work: for instance, the power of technology to restrict as well as liberate, and the use of anxiety and debt as control mechanisms. Berardi also explores abstract areas I was wary of straying too far into as a relative novice, particularly drawing on Deleuze/Guattari to contextualise these themes.
Most strikingly, from different starting points we both arrived at the idea of re-activating resistance through adopting a position of "estrangement". Signalling another autonomist, Mario Tronti, Bifo writes:
Only the estrangement from labor makes liberatory dynamics possible. ... The concept of estrangement implies an intentionality that is determined by an estranged behaviour. Estranged from what? From all forms of labor dependent on capital. Workers do not suffer from their alienation when they can transform it into active estrangement, that is refusal.
However, the integrated power of what Berardi calls "semiocapitalism", structured by the global reach of digital communication networks, has eroded those mental and geographical boundaries which the under-pressure worker/jobseeker/student/consumer would previously have fought to maintain. The duties of alienated labour are now diffused into every corner of life. Under such conditions it is increasingly difficult to impose temporal or spatial limits on work which is as mobile and insidious as its sources and products are seemingly ungraspable. "Both simple executing workers and entrepreneurial managers share the vivid perception that they depend on a constant flow that cannot be interrupted and from which they cannot step back save at the price of being marginalized."
The initial challenge, then, for the subject programmed to circulate inside this matrix of flexible labour and corporatized education, permanent debt and commodified emotion, is to try to step back from the semiotic flow and re-claim those spaces which have been lost to the rising tide of capital; to somehow distance oneself from the ideology while immersed in it, to find ways to refuse when refusal is impossible.
Overcoming these contradictions involves thinking tactically: opposing assumptions of endless flexibility and availability with suggestions of inflexibility/unavailability, highlighting the superficiality of the obligatory performances of customer service, disengaging from the incessant language of aspiration. These are all small attempts to direct alienation outwards into a relation of estrangement, and to collectively and cumulatively build this into a weapon of mass refusal.
at 17:39 No comments: